High capacity CEOs and C-suite leaders often discover that while leading their organizations can be exhilarating, it can also be lonely and fraught with discouragement and unhealthy lifestyles. On top of that, all of us experience life disruptions and obstacles  (marriage and family struggles, deaths of loved ones, health problems, life transitions, etc.). These difficult life-events and seasons can cause us to shut down and disconnect, leaving us feeling hopeless, fighting addictive behaviors, and feeling shameful or defective. Burnout and “quiet desperation” are inevitable unless something changes. Alternatively, these hard times can be a catalyst to help us find new meaning and purpose, renewed passion, effectiveness, meaningful relationships and joy. The difference is determined by how we choose to move forward.

The good news is that you already have everything you need within you to start thriving physically, emotionally, spiritually and relationally. Most of the time, all we need is someone to walk with us and pull out what’s already there – our true selves. With 30 years in corporate leadership and having led one of the fastest growing companies in the US from startup to exit, Vance not only knows the pressure and burnout leaders face, but he understands what’s at stake and how to find holistic healing, wellbeing and success. Whether you are a startup founder or a seasoned CEO, Vance can help you transform from where you are to where you want to be – a thriver.

Read more ABOUT Vance below or click on the link to schedule a call with Vance.

Some entrepreneurs’ highest priority is making money (the “mercenary” or pragmatic mindset), while others most value a life of purpose and meaning (the “missionary” or passionate mindset). The reality is that most of us want both. We all lean with a mindset and skill set that favors one over the other, just like most people are either more left-brained (analytical) or right-brained (artistic). The same is typically true of entrepreneurship and organizational leadership. Rarely are leaders good at both — but we believe with the right training and self-awareness you can be a Thriver. Additionally, where we are typically changes throughout the life-cycle of our company. Vance developed The Thrivers Quadrant to help you identify and navigate where you are and where you want to be. This model is fully described in the Thrivers book. 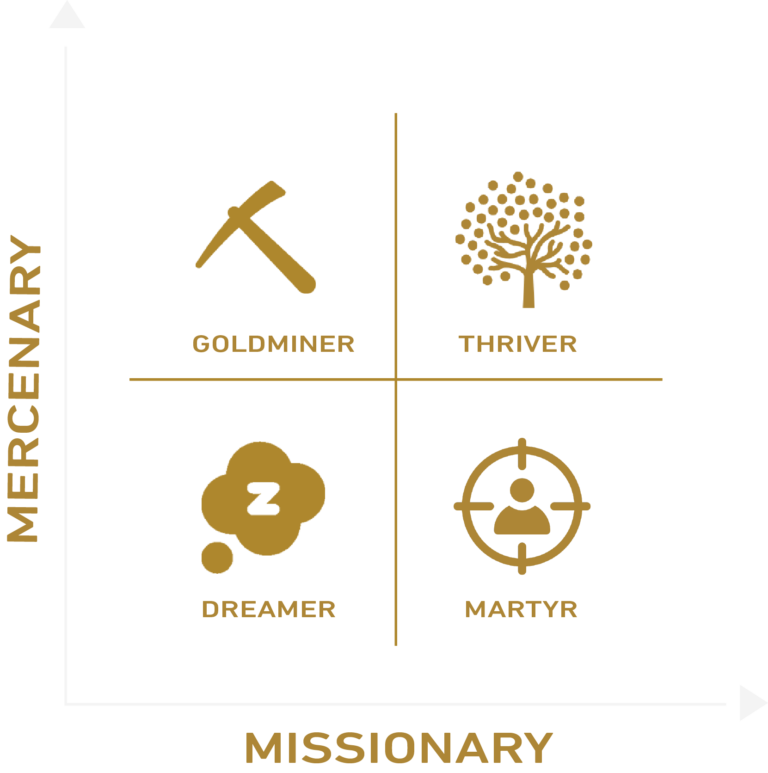 I have been greatly blessed in life AND life has been very hard. I have burned out in my career at least twice. I have confronted addictive behaviors and moral failure. I have almost lost my marriage. I have witnessed my child battle cancer and I have faced my own cancer. Life is treacherous; and life is magnificent. It’s helpful to walk with others on this journey. The reality is that separateness is an illusion. I believe there is hope for peace, contentment and happiness in all aspects of life, including work. I have enjoyed a career in the corporate world and achieved a lot of success despite all of the flaws and addictive temptations. Much of my business framework is summarized in the Thrivers book. Spiritually, I was raised as an evangelical Christian (see my book No Matter the Cost) and I started a men’s ministry. In the past several years I have been greatly impacted by the work of Franciscan Friar Richard Rohr. I recently completed his 2-year Living School program at the Center for Action and Contemplation (CAC). There is no intention when working with my clients to proselytize any particular religion, but I do reference the ancient wisdom of perennial traditions representing different faiths, and clearly my own spiritual tradition is Judeo-Christian. My model for eldering executives is holistic – mind, body and spirit. I believe it is impossible to experience true personal growth without exploring all aspects of well-being. “Spirituality” is not just for the church – it is the human language of failure and glory in all of life, including our work. It’s the language of meaning and purpose, which is often transformed through suffering. I consider myself a “wounded healer.” As often stated by Rohr, “We grow spiritually much more by doing it wrong than by doing it right.” An elder has lived long enough to know that life can be very hard, and an elder knows that in the end life is good. For me, our time together includes coaching, mentoring, pastoring, teaching, consulting and guiding – holistically it is all about our transformation. An “elder” brings a perspective that holds the paradox and tension between “really hard” and “really good.” The only term that feels inclusive of my role with those business executives I work with is “Executive Elder.” 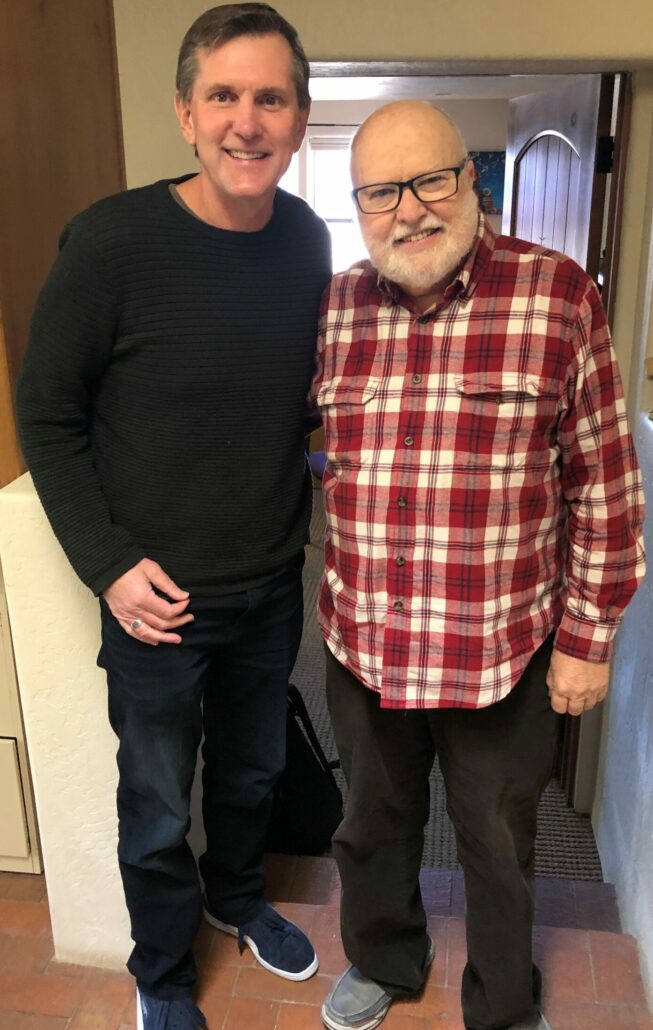 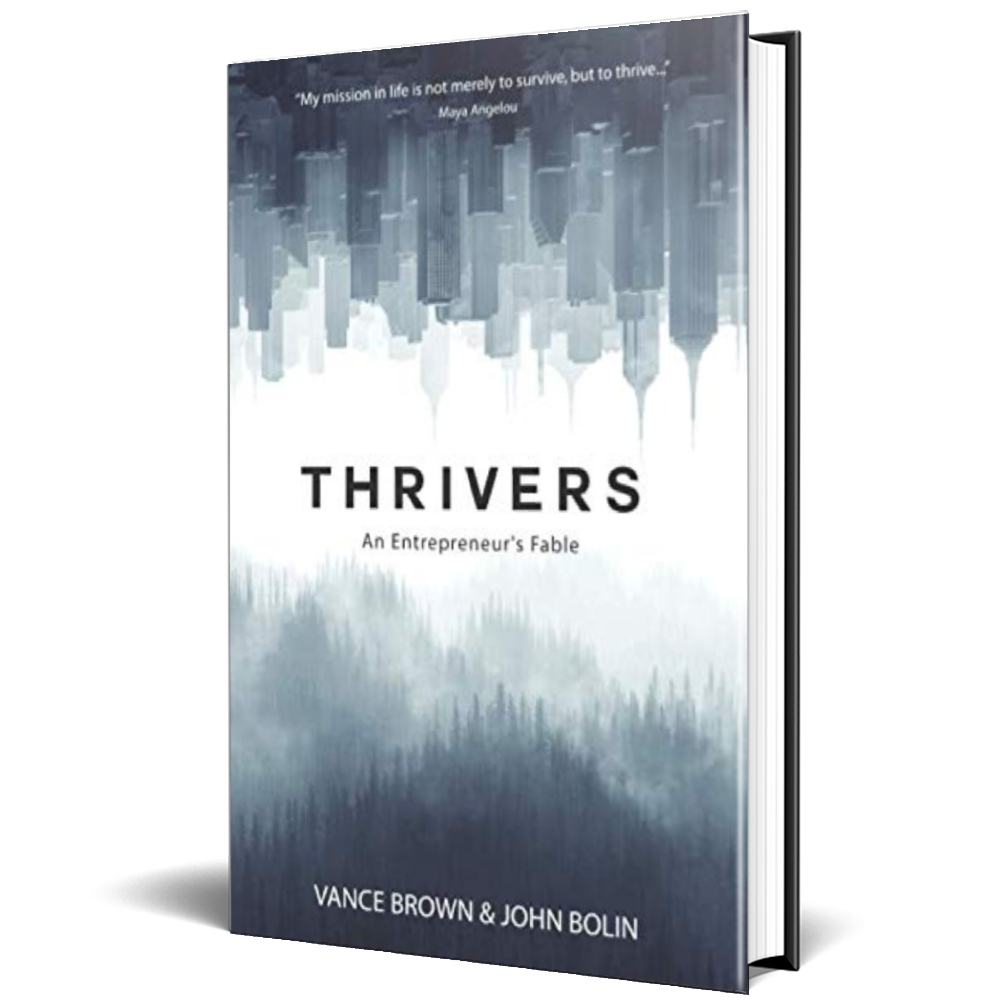 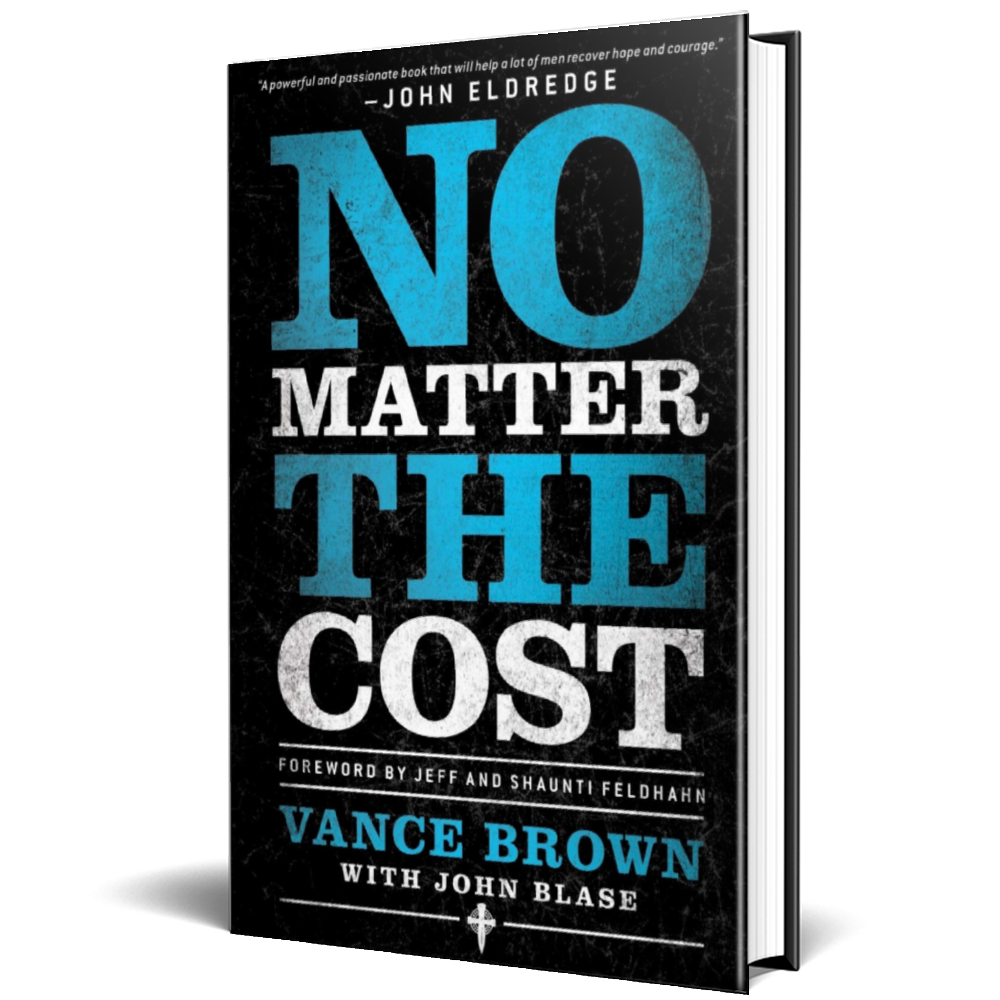 NO MATTER THE COST BOOK

Vance has over 30 years of experience as a high-tech entrepreneur, lawyer, and CEO. Currently Vance is co-founder and an executive elder at Thrivers Leadership Institute (Thrivers.com). Vance also is the Executive Director at Exponential Impact, an accelerator in Colorado Springs with a mission to develop “the best entrepreneurs humanly possible.” (exponentialimpact.com)

Until Nov. of 2020 Vance was the CEO of the National Cybersecurity Center (NCC). Founded in 2016 by then Governor John Hickenlooper, the NCC is a cybersecurity think-tank that is getting global recognition for its thought leadership. Vance also is co-founder of The Classical Academy, the largest K-12 charter school in Colorado.

Vance was co-founder and CEO of Cherwell Software from its inception in 2004 until 2017. In 2014 Cherwell was tied with LinkedIn as one of the fastest growing companies in North America  by Deloitte’s Fast 500. In 2015 Cherwell was Colorado’s software company of the year. Formerly, Vance was CEO of GoldMine Software, which was rated as one of the top 100 software companies in the US. Vance’s first software company he co-founded was Buildsoft, which was rated by Builder Magazine as the top software company in the country for integrated construction management. Through the years, Vance has raised hundreds of millions of dollars from firms such as Insight Partners and KKR.

Vance serves on the board for charitable organizations such as Parents Challenge, Foundation of the Heart, and the Legacy Institute. He also is a lifetime Honorary Commander Emeritus for the US Air Force Academy and currently is a Civic Leader for the US Air and Space Force. Vance is an inventor on two patents and is a blockchain enthusiast. Vance has been married to Betsy for 35 years and they have three children.

Excerpt of Vance Brown at the 2018 National Cyber Symposium

3 Key Behaviors for Bringing Your Whole Self to Work

Professionals around the world are standing together at a crossroads: We’ve met at the intersection of emerging technical disruption and the future of work. It’s a busy, chaotic place. Some naysayers are waving banners of warning, convinced technology will end our usefulness and purpose. But my forecast for tomorrow is much brighter.

Whether you’re a layman launching a passion project, an entrepreneur waiting for her first big act, or a blue-collar man who’s simply ready to be his own boss, know this: Those who sprint to achieve mythical unicorn status flicker out fast. Laboring through long days and longer nights, they’re left depleted.

Facebook’s Libra cryptocurrency has hit the front page; accordingly, President Donald Trump is hitting back. Rather than embracing cryptocurrency and blockchain, he’s sounding the Twitter alarm. Despite being a free-world leader, his stance is hardly free-thinking. Instead, it’s an insular view based on fear and scarcity — concepts that fly in the face of innovation. We need to reconnect our divided country by embracing abundance.

The Best Business Books to Inspire Passion and Attain Goals

Everyone talks about employee engagement. But what happens when leaders are the ones who feel detached from their companies? Whether startup entrepreneurs or corporate executives, they need to reignite the fires that got them to their current position—and determine where the future is to consistently fuel their happiness.

The Thriver’s quadrant and how to get there is described in detail in the new book for entrepreneurs by Vance Brown, Thrivers. Click below to order or for more information.